I saw this movie in the theatre with one of my girlfriends back in '07. We both really liked it and I kept meaning to watch it again with Mr M. Flash forward a couple years and Mr Musacha and I finally sat down to watch Hitman over the holiday break. I have to admit that there was a part of me wondering if it was as good as I remembered and if it was the type of movie to hold up to a second viewing. I'm happy to say it rocked my sox a second time. This movie is the shit!

It's based on a video game of the same name. My memories of watching this game are few, mostly it was hotel corridors, cool camera shots, and the awesome music. As far as I can tell it was a good adaptation of the game...but maybe I'll pose a few questions to my in-house gaming expert for more details on that...

Anyway, the movie is excellent in its own right. The casting is great, the action is fun, the plot holes are few (being based on a video game we'll give it a little leeway here), and the obligatory beautiful woman is a totally awesome character and well matched in looks by Agent 47. My quibbles are so few with the movie that I don't even want to go into them. I'd rather gush over the great script, the awesome way the director was able to evoke the game with the great screen shots, and the dead-on ending.

Rumor is they will be making more films. I'll definitely be there to see them. I'm not sure it's the same writer though so I hope the next script is still good! 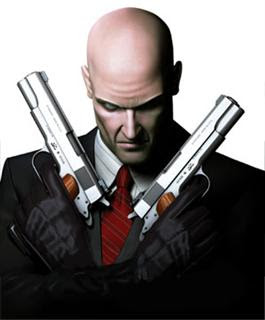 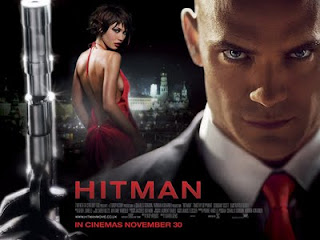 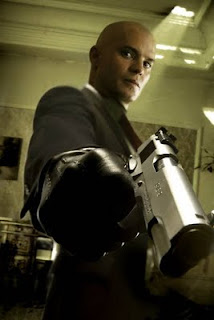