Starship Troopers by Robert A. Heinlein

Michael (who, unlike me, is not taking a wee break from the digital world and so continues to fill It Rains... You Get Wet with wonderful content) and I are serving up another sci-fi pair this month and, just as in the case of Jurassic Park, this one goes way back as one that I enjoy. My appreciation has morphed over the years, and not one re-read has captured again the blowing of my little teenage mind, but since it's a book chock full of philosophy I think I'd be a little disappointed in myself if my views on a philosophy didn't change as I did. Now, the movie is a different beast entirely and I leave it in Michael's capable hands.


Starship Troopers opens as Juan Rico is about to drop for a raid on a planet inhabited by "skinnies" who are, at that time, allied with the Bugs. The first chapter outlines the tactics of a squad, gives you a great look at the suits worn by the infantry, and describes some really fantastic distribution of ordnance. After that first chapter it jumps back in time to how/why Rico joins the military and what boot camp was like. This is the backdrop for sharing a philosophy of how a military ought to function and what its place is within a nation. The responsibility of non-military is also nicely described.

Rico is a perfect sponge for the lessons the military wants him to learn. He rather reminds me of me when I was younger and thought that these were some pretty nifty and new ideas. I have no idea if they were new or not (I'm guessing not because new philosophies are thin on the ground these days) but they were new to me, as they were to Rico, and we both lapped them up with the excitement of youth encountering new knowledge. In fact, it's such a complete and impassioned philosophy that some of Heinlein's more irksome qualities aren't quite so obvious and irksome. I think this philosophy works much better if you're an idealist but, no matter, it's interesting and brings up some cool ideas. I particularly like some of the arguments regarding responsibility and authority. This is why I think it's one of the sci-fi greats. This is what science fiction is meant to do. Science fiction is meant to express the human condition in almost unimaginable scenarios. That's the beauty and appeal of it.

Even with its boundless imagination and futuristic ideas, it’s firmly grounded in the origins and socialization of Heinlein. This brings us to the main and recurring drawback in scifi for me. No matter the scope, the prejudices and the socialization of the author are lurking in the background. Pages can go by when you don’t notice but it can’t be completely ignored. I don’t know if there’s one work of scifi that transcends this problem (and if you can think of one please let me know) but it would be an amazing thing. Because, see, that’s the thing, you can’t escape human nature! And, see, that’s the thing, the beauty of scifi, it can’t escape human nature. And it shouldn’t. That’s the point. And that point is underlined in Starship Troopers. You may have to ignore some of Heinlein’s socialization but, if you can, you will find a satisfying portrait of human nature in extraordinary circumstances. And don't underestimate how cool the combat scenes are even if they crop up less often than one would expect in a book with "troopers" in the title. 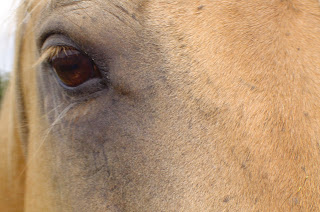 Brendan is trying to enjoy a relaxing weekend with his twin sister and his best friend Cobb. This is not as easy as it sounds because the fish aren't biting, his best friend is also his sister's estranged husband, Brendan is a murder suspect out on bail, and then, to top it off, his twin disappears. Brendan and Cobb start a systematic search of the lake's shores and become suspicious that foul play may be involved when they find evidence of the area being used for drug production.

Lynskey has a distinct style that starts right up on page one. This is the first of his novels I've read so it may be his usual style but I found it unusual in general. His language is direct, even raw at times, and colloquial which I found worked very well for the prose and internal thought processes of Brendan. However, it didn't always translate well to the dialogue. I should be more specific, it worked well in the dialogue when the dialogue was flowing between the characters but there were instances of info-dump that interrupted an otherwise consistent style.

The story is told just the way I like: without hand holding. Lynskey has a layered story to tell and he lets it unfold as the characters and the reader move through the narrative. I can clearly recall a couple times when I thought the plot had veered off in really random directions but the relevancy of these seeming tangents came clear for me as they did for the characters. He's also chosen an excellent backdrop for the type of story he has to tell. The local color of his Tennessee setting compliments the noir aspect of the novel.

The characterization doesn't hold together as well as the story, unfortunately. Brendan, his twin, and Cobb come off as much older than they are. In action, dialogue, and remembered events they do not seem like a trio in their late teens. For me, this undermined the authenticity of the characters. To be fair, Brendan makes some stupid decisions that might be a result of his youth (carrying and using weapons whilst out on bail for murder doesn't seem to be the type of thing to help your case), or it may just be that corruption in local law enforcement has made him feel his case is helpless. Cobb's dad, Mr. Kuzawa, is also a bit hard to believe at times. He goes along acting mostly normal (for him anyway:) and then these distracting sermons leak out making him almost comically melodramatic. A couple of the secondary characters worked out much better for me, most especially Ashleigh, the murder victim. She remains a pertinent character for a couple reasons but mostly because she appears to Brendan in dreams and visions egging him on to find her true murderer. I liked her attitude and the way she kept Brendan on his toes.

Ultimately, I think this will be a more satisfying read for those that like a distinct atmosphere and a nicely-plotted mystery than for those who prefer a character to latch on to as they move through a story. And the unusual style will definitely appeal to those looking for something different in crime fiction.

Learn more about the author here and here.


Note: This title kindly provided by the author.
Posted by Rachel on 6/12/2011 No comments: 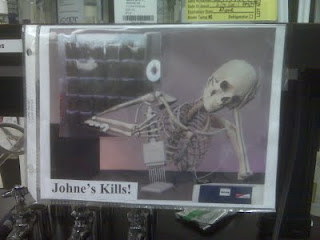 I think we all remember the Great Wall of Poo. Who knew it had such artistic potential.
Posted by Rachel on 6/07/2011 No comments: