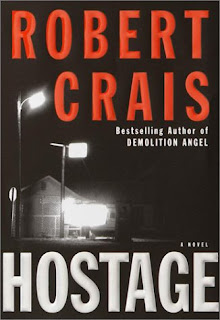 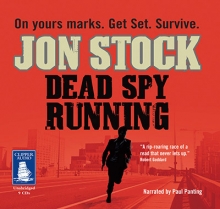 This review is really more in the light of forewarned is forearmed so, if this is a title you like, here's my polite heads up that I don't have anything good to say about this book. I'm going to keep this short because I don't like to spend a lot of time on books I don't like and I couldn't even make it through the second (of nine) CDs.

Dr Musacha and I had a bit of a drive over the weekend so I browsed the audiobook section at the library for some entertainment. We both like spy thrillers which is how I ended up with this title. Suspended MI6 agent, Daniel Marchant is running the London Marathon with his girlfriend (Leyla, a current MI6 agent). He encounters and thwarts a suicide bomber also running the marathon. Shortly thereafter he's taken into MI5 custody and aggressively questioned. MI6 finally gets him into a safe house but pretty quickly gives him to the CIA for questioning which immediately becomes torture porn. It was at this point that Dr M was so disgusted he asked me to turn it off.

A few comments made by us whilst listening:

This dialogue is terrible.
This guy [author] is obviously not a physiologist. There's no way [insert character here] would respond in this way to the physical stress.
Are there any characters in this book that aren't cliches?
Why is it that whenever Daniel talks about why he loves Leyla he's always referring to her body and when she talks about why she loves him she's always listing his qualities as a capable human/agent?
Did he just imply that every human with a vagina is suspect?
Seriously! Is Leyla nothing more than a pair of legs with tits or what? Can any character see her as an agent and not as a sexual object?
Actually, it's hard to see Leyla as an agent because she never gets to do anything agent-y. I mean, she's a fucking secret agent and yet she can't figure out if her mom is being mistreated in a full-care home?
Is this a flashback within a flashback?
Have you noticed that nothing has happened since the opening action sequence? Almost all the subsequent scenes have been flashbacks and meetings.


More derogatory comments were made but I think you get the point: bad dialogue, bad characters, nonsensical plot, offensive and boring. Not exactly a spy thriller if you ask me.