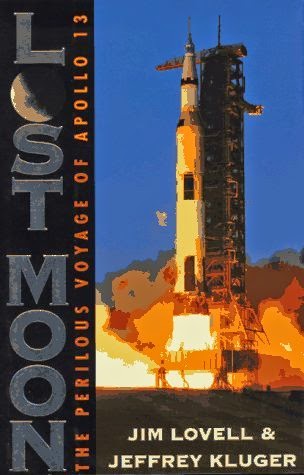 
I’m always happy to see anything about astronomy or space exploration in our line-up but I think this pick of Michael’s was even more fun because, with Lost Moon, we were able to check in on advancements in the space program since the original seven Mercury astronauts. Just over a year ago we included The Right Stuff in our series. I think next we'll have to find a combo to include about the shuttle program.

Click here for Michael's film review of Apollo 13
at It Rains... You Get Wet

Apollo 13 would have been NASA’s third expedition to the surface of the moon but a malfunction in the service module turned it into a rescue mission. Lost Moon is written by the mission’s commander, Jim Lovell, and Jeffrey Kluger. The perspective of Lovell allows the reader an intimate look at events as they occurred in the lunar and command modules. The authors’ combined research efforts show the work of the hundreds of people on the ground who were part of the mission to get the astronauts home safe.

Without any intention of short-changing this book, this is going to be a pretty short review as I basically just want to say: it’s really good, go read it! Ok, it won’t be that short of a review - But, honestly, it’s really good, go read it! – however it almost could be. It’s about an interesting event in the history of space travel and an enormous engineering and intellectual effort; and it’s all bundled up in a palatable narrative style. It hardly needs my recommendation to make it an easy reading decision.

The technical stuff is there but it’s not going to overwhelm a casual reader. It might not be enough for a tech head but those with a modicum of engineering prowess will probably still be satisfied. The background of the astronauts and the Apollo program is almost seamlessly interwoven with the events of April 1970 which illuminates the wider cultural and scientific environment that encapsulated the seven harrowing days of Apollo 13's flight.

When you want to sleep under a table...

but it's only big enough for your head. 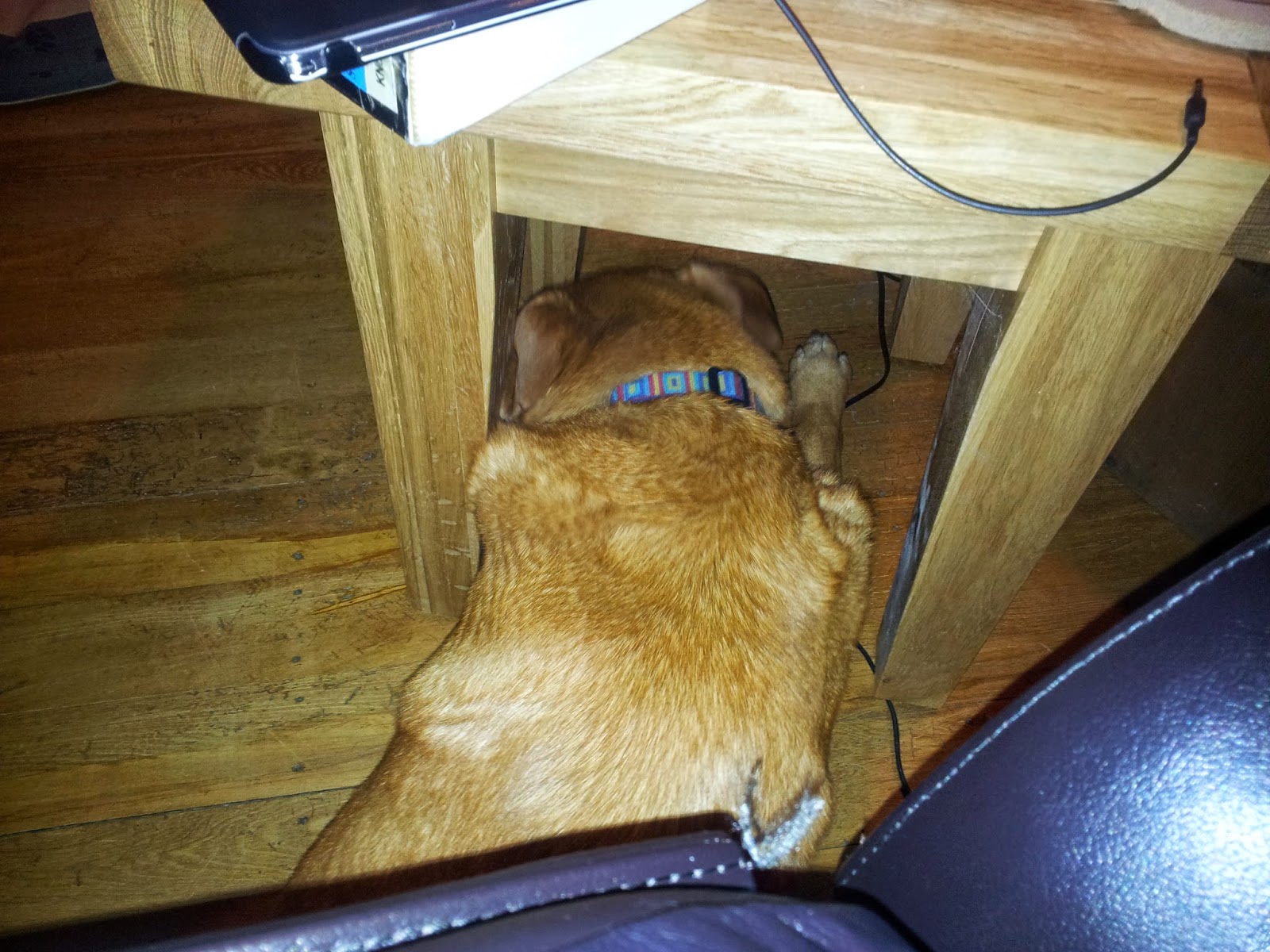 For Leduc, literature, like life, was a place where some people damage us and some people save our lives—and then it is lunchtime.

I'm one of those that just doesn't get all the hullabaloo about Neill Blomkamp movies. With Chappie coming up, someone else who it seems is also left a little disappointed by his films has written a really nice article. It's a bit long but worth it if you have an interest in films and or sci/fi.

The one thing I do quite admire about Blomkamp?

The original sci-fi movie not based on a preexisting intellectual property is an endangered species, but Blomkamp has made three in a row.