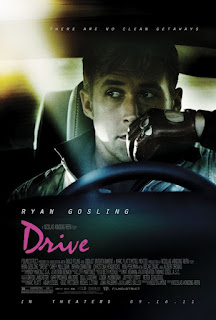 
Coming up next:
The Whistleblower by Kathryn Bolkovac with Cari Lynn

My household are big fans of Alan Rickman. As such, we've decided to review his films from start to finish. Using IMDb, that puts us starting with Die Hard (DIE HARD!!!!)

John McClane had other plans. 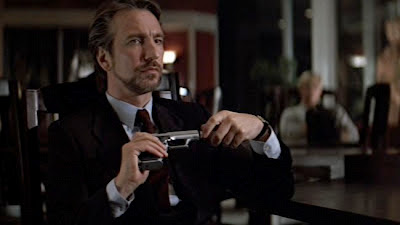 sgwordy: I’ve heard you claim that Alan Rickman plays the best action villain of all time in Die Hard. After another viewing do you still think so? Why?

Dr Musacha: Definitely. Hollywood tends to write only two types of villains right now, the crazy idiot that would get caught or killed by his own henchmen in no time, and the stone-faced underactor that never shows any emotion. Rickman’s Hans Gruber is brilliant and charismatic, he even cracks a few jokes early in the movie. But beneath the civil exterior there is a cold, calculating person that will not hesitate to use any means to get what he wants. It’s a well-rounded, terrifying package.

sgwordy: Agreed. He’s one of those villains that you know is going to actually shoot, not faff about until he loses control of the situation (exception being the end). It makes him scary and so much more enjoyable than most film baddies.

sgwordy: Would you say that’s because of Alan Rickman or how his character is written or both?

Dr Musacha: Both, the character is well written and credit should go to the writers.  But many of Rickman’s contemporaries (Nicholson, Hopper, etc.) would have resorted to chewing the scenery.

sgwordy: Interesting, would you say that has anything to do with his British accent?

Dr Musacha: [laughs] No, but I thought it was awesome when he faked an American accent.

sgwordy: Just as I thought Gruber’s stupid moment came at the end, the American accent bit was McClane’s stupid moment. His accent was disguised but not his voice.

Dr Musacha: This was Rickman’s feature film debut. Did this feel like someone making his debut?

sgwordy: Definitely not. There are so many throwaway villains whose names no one remembers but everyone knew who Alan Rickman was after this.

Dr Musacha: Do you think it’s more difficult to play a fleshed out villain or hero?

sgwordy: Hero definitely because villains almost always get more layers if they are well-written. Poorly written villains are cardboard cut-outs of stupid.

sgwordy: Do you sometimes wish that Gruber had lived so it could have been his series?

Dr Musacha: A well conceived villain is more important to the success of a story. You want a good hero so you [the audience] can relate but a great villain raises the stakes and gets the audience invested in the plot. Cartoonish or stupid villains undermine the tension. But no, I don’t wish he had lived because his death scene was so awesome. Plus then poor Alan Rickman might have had to be in that terrible fourth Die Hard movie, and I wouldn’t wish that on anybody.

Dr Musacha: Die Hard is still considered a classic in the genre - why do you think it still resonates with people (besides Rickman and Willis)?

sgwordy: I would say because the action serves the plot, rather than vice versa. It’s not action with a plot superimposed.

Dr Musacha: I think you nailed it, and the pacing is key. The film starts with just enough background to get you interested in the characters, then meshes action with plot seamlessly the rest of the way. It’s not bunches of action interspersed with exposition of the villain detailing the plan.

sgwordy: Also, as you said above, a great villain makes a great movie. And McClane is fun, too. The script makes me cringe in parts but it’s also super awesome in parts. Additionally, I wouldn’t say it’s exactly a banner film for better opportunities for actors of color but it’s quite noticeable that being a person of color did not mean you were going to be the villain who bought it first or the good guy who gets to die serving the plot.

Dr Musacha: I’d add also that Holly is a great female character. Her part isn’t large but she’s smart, takes a leadership role, and isn’t sitting around waiting anymore than any person might have to do with a gun pointed at her head.

Favorite Rickman quote from this movie?
Dr Musacha: I’m an exceptional thief, Mrs. McClane. And since I’ve moved up to kidnapping, I think you should be more polite.

sgwordy: We do it the hard way.