Hell, It Be Frozen Solid Now 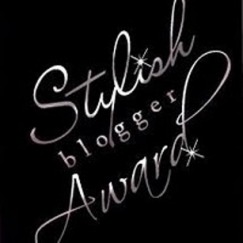 Not only have the Saints been Super Bowl champs but I have been described as stylish! Holy damn! Michael, my partner in crime joint posting, included me in a wonderful group for this fun blogiverse award. Thanks for the ht, Michael - and for highlighting some very nice blogs I was excited to check out for myself. And, now, to play along...

2. I dream of taking sword fighting lessons but spend most of my spare cash on all things horse so the lessons never materialize.

3. I am a pacifist by nature but I never miss an opportunity to visit militarily influenced museums (and, of course, there's #2).

4. Of the first 23 years of my life, 15 did not include television (the 8 TV years were not in chronological order) resulting in massive and often humorous gaps in my pop culture knowledge.

5. Even though I am about to celebrate 5 years in a happy partnership, I have friends who still can't believe I got married.

6. I've been a vegetarian since conception. This trait has taught me that a large segment of the population takes people's food choices personally. (Vegetarianism has not always had the advantage of its modern popularity.)

7. With frightening accuracy, I can judge the amount of feces it takes to equal 0.3g (bet they never have to extract DNA from poop on CSI - but I don't have to wear stilettos to work either so it's probably a fair trade-off).

Disclaimer: Along with sharing seven things about me, I am supposed to pass this along to seven other bloggers. However, my blog consumption has been extremely limited of late and so those I would recognize have already been recognized with various blogiverse awards. Instead, you get a bonus piece of information...