I'm a regular reader of N.K. Jemisin's blog (and her novels, actually) as everyone ought to be. :) But in case you aren't, don't miss this very interesting post.
Posted by Rachel on 11/23/2013 No comments:

New Zealand style! The public library has little subject stickers that are placed on the spines of books. One of them is for NZ stories/authors. I usually pick up a couple of these any time I am at the library. Also, I'm in a book club hosted by a local museum that focuses on NZ lit. Here are a few NZ books I've read since shifting* to New Zealand.

Frame is a very successful and well-known NZ author. I saw this collection for a reasonable price so picked it up. Have only just started, first couple stories have been alright. No real comments yet.

Also very successful and well-known though he has come up less in my casual book conversations than Frame. This is actually long form poetry which I did not know going into it. I was dubious but it's fantastic. It's incredibly easy to read. I picked up the rhythm right off. However, my Pacific English vocabulary is not good enough to catch everything. I've had to switch to reading this only when I can easily look up terms. I would say that's a testament to how much I'm enjoying it; even though I need to "study" as I read I'm still really into it. On another note, I finally understand why some people have given up on Cajun authors/stories I've recommended. As much as I grew up anywhere, I partly grew up in Cajun country in Louisiana and can easily navigate Cajun English in books. I can see how needing a study guide might be off putting to some. Hell, it'd put me off if the story wasn't engaging enough.

Pretty cool futuristic setting. It's first person POV but the narrator often refers to himself in the third person so the POV is not exactly standard. It also takes a little work to figure out what is going on at first. I like that as a reader but now that I'm a ways in I'm finding it really repetitive. There are what can only be described as refrains and it's not keeping my attention. As far as I'm concerned it's just using a lot of word count for things I already know. Not sure if I'll be finishing this one. I'm getting a little bored with the story but I like the world so much that I remain curious.

This is the fourth (and most recent) book in a mystery series set in the town I live in. I haven't read any of the others. I enjoyed this because of recognizing place names but it doesn't stray far from the mystery formula. Good enough if you like mysteries. The set up - a home invasion that results in the death of a father, a mother is bound and left alive, their son discovers them. Lots of forensic evidence for the protag to work with but she eventually becomes suspicious of police findings. Two things that stood out to me: the use of generational differences to show how, in these high tech times, a teenager might try to help his family when he encounters a crime scene and the difficulties a female officer can face on a police force. What I especially liked about this last is that the book wasn't about that but it also didn't shy away from female specific challenges that officers might have to navigate.

This is set in the 19th Century but the narrative comes through the eyes of a modern history teacher. It's fictional but true events surround Erenora's tale as she and her husband join the group following two Maori leaders who preach peaceful resistance to their land being confiscated by European settlers. (Btw, the two leaders and these true events are quite famous in NZ history and occurred around Mt. Taranaki) The first half moves slower than the second and, if I were more familiar with New Zealand history, I might not have been as into the first half as I was. In any case, the second half moves much faster as Erenora and her sisters attempt to rescue their wrongfully imprisoned husbands. I enjoyed the footnotes and quotations though some fiction readers don't like that sort of style. While reading, I could never escape the fact that the tone was often playful even though the material was really serious. An author's note in the back mentions that he used an opera as inspiration for the structure. The tone made a lot more sense after I learned that and some other things included in the note. Not related to this book but this is another famous, successful NZ author and he apparently had a little problem with his latest novel and plagiarism. I haven't looked with any depth into the details but it's amazing to me that an already successful and gifted author would make such a mistake.

More historical fiction but this follows a Scottish religious cult on their journey from Scotland to New Zealand (stops include N. America and Australia). You follow three generations of women. The current generation is living alone in New Zealand in bizarre circumstances. Her grandmother is the woman who set out from Scotland with the cult. The cult leader was a real guy and several hundred people actually made this trip. The three women are fictional as far as I know. Anyway, definitely an interesting bit of history to read about but I would not have finished it if not for the narrative structure. It's told out of order (which I love) with viewpoints that may or may not reflect what really happened. Or viewpoints that can be easily misinterpreted and only later do you find out what is really going on. Bit of mystery woven into an otherwise straightforward tale. It's deftly done and the only thing that kept me reading. It's just not the kind of story I'm that interested in. However, there is this awesome scene at the end with a traveling cosmetics salesman (all my book group members knew of this brand and that they used to sell in rural areas out of vans) and the granddaughter protag that had me in stitches. Made me happy I'd got to the end.

It's been quite a while since I read this one but I remember liking it (and finishing it) despite it being not at all my kind of story (I tend to avoid stories without huge Plot Points). You follow several Maori cousins (surprise!) as they navigate life from childhood to adulthood. There isn't any overlap in the stories though. Each section is from a different point of view and it picks up in time after the previous one. I rather liked that as it gave you multiple perspectives on the same thing with the added instability of memories. I'm drawn to multiple perspectives as I like how it plays tricks on the way we normally experience stories. Mostly, you experience a story through the protagonist's eyes and accept the reality given by that protag. You experience the story as s/he does and empathize accordingly. I like when the rug is pulled out from under me as a reader and I am reminded that there are many truths.


Historical fiction about Chinese sojourners who came to the Otago region at the tail end of the gold rush in the 19th century. Sojourners would come to Otago to work for a time before returning home with their savings. The narrative follows a young woman who dresses like her brother to take his place in working the gold fields. The history part of this was really interesting, the fiction part was a little less engaging for me. Despite some really heavy material the tone was always a bit cloying. Not that I want my serious events to be heavily couched in DOOM but the tone would sometimes actually bump me out of the story just when I should have been most affected.

It's been a while on this one, too, but as I recall it follows the daughter of an immigrant family (British? Brit via S. Africa?) as she grows up in NZ. It's autobiographical in nature but I would have rather just read a biography of Robin Hyde. What an amazing life she led. I was way more interested in her than in this book. I finally put it down and just read articles about Hyde. Actually, I'd say it's exactly what Cousins above would have been had it not had the cool style. Not surprising that I didn't finish it. I was really impressed with how evocative Hyde was as a writer. Images sprang immediately to mind when reading and I never felt any doubt that I was seeing exactly what she wanted me to. 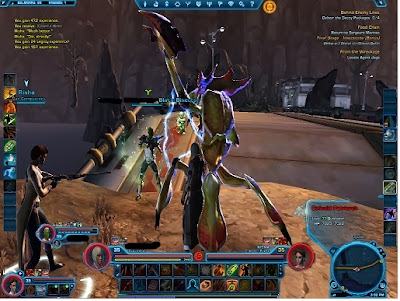 I might be a little late to realizing that something called "New Adult" exists (which is why I had to google it and how I found the above article) so I might be a little late in calling bullshit on yet another useless publishing label. But I'm still going to do it. Bullshit! I've rambled before about stupid book labels so no need to rehash but, really! What is with these bizarre and vague book labels? I'd really love to see some stats on book buyers that marketing departments have. What are the poll questions?
Posted by Rachel on 11/09/2013 No comments: 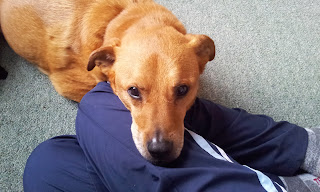 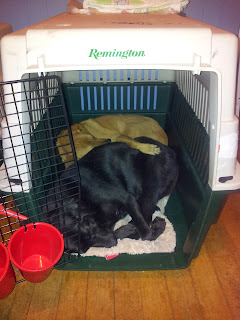 Anonymous asked: A billionaire, a white American, and a black single mother are sitting at a table with a dozen cookies. The billionaire takes 11 of them, turns to the white American and says, "That lazy welfare queen is trying to take your cookie."

This is depressingly accurate.

...because some things you do and don't know that you do them.
Some other things you do out of mindless habit.
But some things, even those that are most like old habits, you do knowing that you do them. Courtesy that declares itself to be specific. Anger that is specific and directed. You do these things deliberately. You watch yourself do them and you make yourself do them. They are the parts of the character you build for yourself. They are parts of that character's discipline, its power, its leadership and authority.